Watch the best plays of October in this highlight reel put together by Filip "filq" Szatkowski.

October's highlight reel draws heavily from DreamHack Open Fall, the latest European Regional Major Ranking (RMR) tournament played, with half of the clips coming from that event. IEM New York and ESL Pro League, the latter which was mostly played in September with the exception of the last handful of matches, also produced clips, as did the smaller Flashpoint 2 Closed Qualifier and ESEA MDL. poizon had two 1vs4 AWP clutches featured in October's highlights

Valentin "?poizon?" Vasilev is the only player featured twice, with two 1vs4 AWP clutches, while Michael "?Grim?" Wince was the only player from North America to make the reel thanks to a B defense on Mirage against Mythic. Three Danes made the cut, Asger "?Farlig?" Jensen, Nikolaj "?niko?" Kristensen and René "?TeSeS?" Madsen, the latter with an exquisite spray transfer in Mirage's jungle.

Shahar "?flameZ?" Shushan, the Israeli youngster playing for Endpoint, also made an incursion into the list with four Desert Eagle kills in a Flashpoint 2 Closed Qualifier match against his countryman Guy "?anarkez?" Trachtman's Secret.

USP aces by Kévin "?misutaaa?" Rabier and Evgeny "?FL1T?" Lebedev, the only CIS player in this month's highlights, and a 1vs4 pre-plant clutch by Robin "?flusha?" R?nnquist are also among the clips selected.

You can find the rest of HLTV.org’s videos by going to our YouTube channel here. ?CS4DGoose
By a mile. Something you dont see every day. The essens of counterstrike right there. Had it been in a major final that Heroic won he could be on for a graffiti on stairs a site mirage
2020-11-05 22:43
1 reply
#77

?Shox_true_clutchminister
Zywoo has a deagle no kevlar ace and a 1 v 4 against at that moment best team in the world astralis but it isn't featured But grim holds a b site against silvers and that's a highlight Rigged
2020-11-05 20:48
#65
device?|? 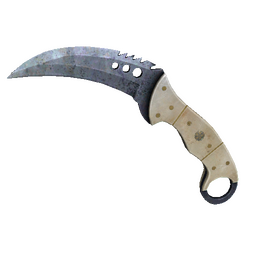