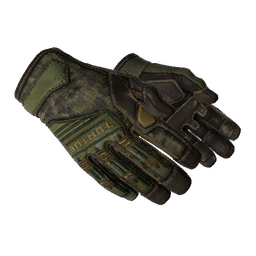 The 24-year-old in-game leader has rejoined Copenhagen Flames after a seven-month stint with MAD Lions.

MAD Lions have confirmed the departure of Asger "?AcilioN?" Larsen on Tuesday after month-long speculations regarding his future on the team.

The Dane found a new-old home in Copenhagen Flames, which he left to join the Spanish organization in March, but will be leading a completely new lineup after Magnus "?Nodios?" Olsen and co. were bought out by x6tence. A report linking AcilioN and Pawe? "?innocent?" Mocek with an exit from MAD Lions was published on September 15 by DBLTAP, with the team's last match dating back to September 9. Since then, the team's radio silence was only broken as innocent confirmed his exit from the lineup, explaining that things weren't right from the start.

As AcilioN's time with MAD Lions has officially come to an end, he looks back on a seven-month period during which the team peaked at #11 in the rankings and won the inaugural season of FLASHPOINT in April. During his tenure with the team, AcilioN averaged a 0.95 rating and secured wins in just 56.2% of maps played.

On the other hand, Copenhagen Flames will look to prove once again that they can quickly build a successful lineup, having sold almost a dozen players to teams such as MAD Lions, x6tence, GODSENT, and Heroic over the last year.

"This move should definitely be seen as our first step towards wanting more. We want Copenhagen Flames to be a consistent factor in international CS:GO and I believe our investment in Asger shows that," Copenhagen Flames Director of Esport, Daniel Vorborg, explained in the announcement. "When you have a player like Asger; placing in the top 30 is not just something we hope for – it’s a must."

Vorborg added that the organization is happy with how the "shuffle season" went: "We’ve sold players for a higher amount than we’ve bought for and I’m confident that we have a stronger and more competitive roster now, than we did before."

Copenhagen Flames have completed their lineup:

Meanwhile, MAD Lions are down to three, with updates to the roster expected "soon": ?EnceIsSoBad
Idk maybe they tought that acilion is better fragging igl, but his fragging ability was almost as bad as hunden's and his tactics were terrible
2020-10-20 13:49
#117

?postwarscars
They picked up an igl with no history of success to replace an igl who had proven he could foster talent, under the guise of fragging improvement. Then they realized that the new igl didn't know how to lead vs t1 and was just as bad at fragging.
2020-10-20 23:03
#40

?MadeInBathroom
You say that everytime until they sell another player, best farming organization because they know exactly what they are.
2020-10-20 16:26
#67